THE MARRIAGE FEAST IN CANA OF GALILEE (1)

A.    Jesus performed many miracles in His short ministry upon the earth.

C.     Some refer to this section of Scripture as “The Marriage Feast in Cana of Galilee.

D.    Let’s look at this text for the next few minutes in our worship of the Almighty God.

“And the third day…”

…there was a marriage…

1.      Since the creation of Eve in the Garden of Eden marriages had been celebrated.

2.      The Jews had elaborate celebrations.  Often they went on for seven days.

1)      The union of a man and a woman as husband and wife that will last until death parts them.

For the woman which hath a husband is bound by the law to her husband so long as he liveth; but if the husband be dead, she is loosed from the law of her husband.

b.      NOTE:  Man is not free to change God’s definition of marriage.  God has held the copyright on that word from the dawn of time.

…there was a marriage in Cana of Galilee… 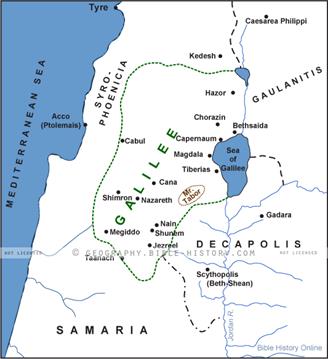 1.      The actual location of Cana is not known.  There are four modern sites that have been suggested as the possible location.

2.      The city is referenced two more times in John’s gospel

D.    The Called Who Attended:

…and the mother of Jesus was there:  and both Jesus was called, and his disciples, to the marriage.

A.    We are specifically told that Mary was there.

1.      It appears that she was there without Joseph.  Most believe that he had died.

2.      Some think that Mary may have been kin to the family.  This is speculation.

B.      Jesus and His disciples were called.

2.      The fact that Jesus attended this marriage feast puts a stamp of divine approval on marriage.

a.      Jesus never married.  However, He did not oppose marriage.

Nevertheless, to avoid fornication, let every man have his own wife, and let every woman have her own husband.

And when they wanted wine…

1.      When individuals host events, they will usually operate on the principle that “I would rather have too much rather than not enough.”

a.      Perhaps they just did not order enough.

b.      Or, they have may have had more guests than anticipated.

c.       Or, the guests could have drunk more than had been planned.

3.      We are first introduced to the beverage called “wine” in this verse.

b.      Most lexicographers simply define the word as “wine.”

c.       Wine can refer to simply the juice of the grape or to fermented wine. The context in which the word is found is what helps to determine which “kind” of wine is being referenced.

d.      Up to this point, the context does not help us determine the meaning of the word.

…the mother of Jesus saith unto him, They have no wine.

a.      To know about an embarrassing problem like this, Mary had to be close to the hosts of this celebration.

b.      Finding enough wine and trying to get it to the feast would have been a very difficult task.

c.       Remember:  At this time, Jesus had never performed a miracle.

d.      How did Mary know that Jesus could assist this family?

2)      She knew that she had given birth to Jesus by means of a miracle, a virgin birth.

And he went down with them, and came to Nazareth, and was subject unto them:  but his mother kept all these sayings in her heart.

e.       Mary’s faith in all of these things caused her to know that Jesus was special and that He could assist on this occasion if he would.

f.        Thus, she informed Jesus that they had no wine.  Basically, she was asking Him to do something to solve this problem.

Jesus saith unto her, Woman, what have I do to with thee?  mine hour is not yet come.

1)      When we hear Jesus speak to his mother using the word, “woman,” we feel that it is somewhat disrespectful.

Honour thy father and thy mother:  that thy days may be long upon the land which the Lord thy God giveth thee.

3)      In the Greek culture, however, the word was used with both reverence and tenderness toward the individual.

1)      This is another strange statement as it reads in English.

3)      It appears that Jesus was aware of the shortage of wine.

1)      Jesus would intervene when the time was just right.

3)      Too, Jesus understood that this miracle would make His ministry public.

His mother saith unto the servants, Whatsoever he saith unto you, do it.

a.      Mary did not understand Jesus to be disrespectful.

b.      Mary understood that Jesus intended to be of assistance.  Therefore, she addressed the servants in the household.

d.      NOTE:  She did not know exactly what Jesus would command.  But, she did know that whatever He authorized to be done would provide the wine needed for the feast.

A.    A very unfortunate turn of events has come to a wedding feast.  The hosts have run out of wine.

B.      A very fortunate turn of events has also transpired.  Jesus happens to be in attendance that day.

C.     How will Jesus respond?  We know the answer to that question.  We will look at the remainder of this event in the life of our Lord in the next lesson.